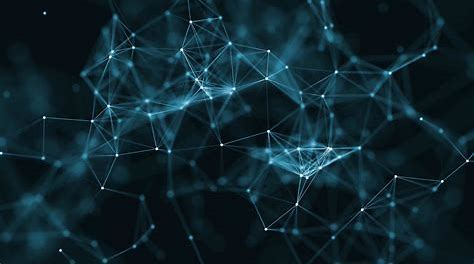 Blockchain and Cryptocurrency technologies are already being used in the real estate industry. Properties throughout the world, though relatively few, accept bitcoin as payment (although those transactions mostly convert bitcoin to cash rather than exchanging bitcoin for property directly). Innovators claim blockchain will disrupt real estate expediting the sales transaction process, reducing fraud, increasing transparency, and saving costs by making data more accessible while cutting out and/or reducing red tape and middlemen.

Use of blockchain and cryptocurrency is in its infancy, but I believe it has the potential to dramatically change the real estate sales landscape. Being touted as a more efficient method to buy and sell real estate, there is still however much that remains to be seen before buyers and sellers are convinced of its superiority.

Other parts of the world are likely to see significant blockchain innovation in real estate sooner than the United States. Developing countries with less entrenched financial systems can implement blockchain technology for transactions more easily.

While Bitcoin has been a nightmare investment for those who got in last December, when it reached an all time high of about $20,000 and is now at $6,500 (as of the writing of this article), globally – venture investors have already poured $1.4 billion into startups by the first half of 2018, exceeding the prior year’s entire funding. Fidelity Investments is speculated to be opening up a Cryptocurrency Exchange (based on internal job openings posted for bitcoin engineers) and last month, JP Morgan Chase presented a prototype of its blockchain platform.

Here are examples of real estate startups seeking to capitalize on this current trend:

Propy facilitated the first US real estate deal recorded on the blockchain, transferring the title for an owner’s condo to her own LLC via blockchain in partnership with a town government in Vermont.

ShelterZoom, powers rent payments and offers to buy via an “offer now” button online and facilitates payment in cryptocurrency. ShelterZoom is able to facilitate blockchain real estate offers because the technology means the startup doesn’t need to see the details of the transaction to push it through. ShelterZoom and startups like it can use blockchain to speed up every part of the real estate transaction, from mortgages to title to insurance to attorney review to moving companies.

Property Coin created its own cryptocurrency coin that is backed by real-world real estate assets. Investors buy coins and Property Coin takes the proceeds to identify and invest in distressed properties and investor loans.  Coin holders can then sell their tokens on exchanges or redeem them for cash.

Deedcoin offers to lower real estate commissions by having buyers buy and then sell back to the company its own cryptocurrency token and receive a cash commission refund.

Streetwire wants to speed up real estate transactions by recording property listing and ownership data (title) on a blockchain. And the startup Harbor takes a wide perspective with plans to attach digital tokens to asset-backed securities, including property and art, and allow those securities to be divided into smaller parts, traded digitally and legally.